Interest Rate rise and its impact on the property market

Did you know that the last time interest rates went up in Britain was in the same year that iPhones went on sale? In the same year Gordon Brown became Prime Minister and the collapse of Northern Rock signposted the start of the financial crisis in the UK. The world seems to have changed so much since then. 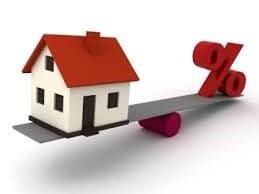 The property market has changed significantly; looking at statistics from the English Housing Survey there has been a strong downward trend in home ownership in every age group up to age 64. Clearly, fewer people are buying in favour of renting. The news of the rise in interest rates last week means that anyone with a tracker mortgage will be paying more in interest. It may also put off anyone just considering getting on to the housing ladder as the new rates for any fixed mortgage will be higher and all the predictions are that the interest rate will rise again in the fairly near future.

Fewer people on the housing ladder means less movement of properties all the way through the price brackets. This seems to us at Lemon and Lime Interiors, to have two main effects. The good stock that comes on to the market will achieve something of a premium because there is so little good stock and people still need to move. The poor stock that has been stuck remains stuck because anyone who was just thinking about moving, because they wanted more space for example, is more likely to consider extending instead.

In our world of professional property presentation, this has two knock-on effects. The first is that the well-informed vendor and the motivated agents are getting us involved at a very early stage so that their property can hit the market looking fantastic and ready for someone just to move in. These fully prepared homes tend to sell very quickly at good offers.

Our real challenges are the big country houses which came on to the market with dated decoration and repair work to be done but not bad enough to be the type of house someone looking for a ‘project’ would buy.  They get stuck because they are not offering the lifestyle that those swinging between the ‘buy bigger’ or ‘extend’ options will attract. The changes in planning law, particularly the rules around permitted development, have made extending more viable than it was through the property boom years. Any stagnation at the top end of the market then leads to stagnation further down, in the same way that fewer first time buyers slows movement throughout the market.

Our view of the next few years is that the market won’t significantly improve, interest rates continuing to rise, albeit slowly coupled with the huge uncertainty around Brexit will contribute to a different mentality in the British market than we have seen for many years. Of course, there will always be people who need to move and so it will become increasingly important for anyone selling up to prepare well before they put a property on the market if they are to achieve getting their home sold quickly for a good price.  There will be a wider split between the fabulous, quick selling properties and those which eventually go very cheaply to someone who is willing to take on a renovation project. Interesting times ahead?

Warning: count(): Parameter must be an array or an object that implements Countable in /home/kevinhol/public_html/lemonandlimeinteriors.co.uk/wp-content/plugins/archives-calendar-widget/arw-widget.php on line 154