The Sunday Times Home – We’re coming for you

We’re coming for you

Who doesn’t have a gripe about estate agents? The house that languished on the market for years; the spiv who couldn’t answer any of your questions; the snake who swore he didn’t see the gazumping coming. Beleaguered Britons, it’s time to take back control. As populism and President Trump are shaking up politics, a bold American estate agency is aiming to revolutionise customer service in Britain.

Keller Williams, which has 700 offices and 150,000 agents worldwide, is launching next month in London and Leeds. It offers an all-in-one package where one agent is assigned exclusively to you and does everything — from staging your home to chasing solicitors. For buyers, it will chase surveyors and lenders, and do the property-hunting. It promises to slash the time it takes to buy or sell from several months to as little as a week, and to end gazumping and gazundering, those very British diseases. 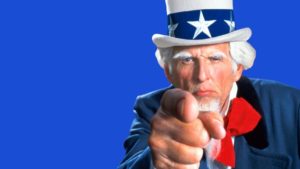 “I was on holiday in London with my partner a few years ago. We called five agents to look at flats, and only one called us back, two days later,” says Matt Fetick, KW’s London operating partner. “When we met him, he looked about 20 and was totally unprepared. He couldn’t find the keys to a flat, put us in the back of his Golf, which hadn’t been cleaned in a month, and didn’t respond to questions we sent him.”

Fetick was shocked. “In the USA, we respond to online inquiries within three to five minutes. If my phone rings at 1am and it’s a client, I’ll jump out of bed to answer it.”

His shambolic experience convinced him that there was a gap in the UK market for proper professionals who are committed, educated and always available. Traditional high-street agents, he says, offer the “same old, same old” way of doing things. The plan is to make KW the biggest player in the UK property market by 2022.

The reason American agents are more motivated is down to the pay model: they work entirely on commission. Fetick says a junior UK agent receives a basic salary of £12,000-£30,000, a car and 10% of a 2% commission on a sale. “Everyone can get by. If a deal doesn’t close, they say, ‘There’ll be another one.’”

By contrast, KW agents “don’t get paid if they don’t complete”, but they earn 70% of the commission. The money is mostly going to them, not the company: a big carrot.

KW’s 104 UK agents have been given American-style customer-service training, with role-play and morning motivational meetings.

They have technology on their side, too. To complete deals fast, KW is using Gazeal, a UK company that has invented a standardised computer system based on the American sales transaction model, one that prevents gazumping and gazundering. When an offer is accepted, agents tick boxes online, then it spits out legal advice and standardised contracts. Buyers and vendors sign, and retain an approved solicitor (independent and not paid by Gazeal, but schooled in the system).

This three-party agreement is legally binding — in effect, contracts are exchanged online on the same day. This avoids the usual wait of up to 12 weeks between offer and exchange, when solicitors dither and do searches: a delay that allows fickle buyers to pull out, or greedy vendors to find a better offer. “In Britain, the fall-through on deals is 33%. In the US, it’s 3%. It doesn’t happen,” Fetick says.

Completion is contingent on the mortgage value being correct and the soundness of the title and survey. The entire transaction is insured, so if the deal falls apart, or the title is wonky, neither buyer nor seller will be out of pocket. Completion can occur in a week if it’s a cash buyer.

Is it all too good to be true? Gazeal won’t reveal how many transactions it has completed, and it can’t yet handle large chains. But it says the system saves people time and money.

KW keeps overheads down by not having shop fronts — it takes offices on the third or fourth floor. It also saves on advertising. “More than 90% of our business in the US comes from a happy client, repeat and referral,” says Diane Griffin, operating principal for Leeds. “Customer satisfaction is so high, which is the opposite of what we’ve heard here,” Fetick adds.

British estate agents, you have been warned: this carnage stops right now.