Home » Our Journal » Views on the Market

Views on the Market

Brexit negotiations in the run up to Christmas and the ever-increasing Covid numbers have had an impact on the property market of late. We’ve been interested in the views of the property experts who have been busily commenting over the last few days and so have done a round up of these varying views which might be of interest to those thinking of selling.

The Impact of Brexit

Knight Frank’s view on how the market will be impacted now a Brexit deal has been secured is that it will boost the London market by removing one issue of concern for international buyers in recent months.

“While Brexit became a background noise for many buyers and sellers in recent years, the last few weeks showed it could still be a cause for concern” according to Tom Bill, Head of UK Residential Research at Knight Frank.

“On its own, the removal of the ‘no-deal’ Brexit risk will be a relief. Combined with the ramping up of the COVID vaccination programme, it underlines how different the mood music will be for the housing market in 2021” he says.

“Longer-term economic risks from the pandemic remain but a wide-ranging set of competing factors mean house prices could ultimately be relatively static next year.

“Despite the prospect of a stronger pound, there is a wave of pent-up demand from overseas buyers that will be released as travel restrictions are relaxed and we expect this to drive an overdue period of house price inflation in prime London markets.”

The Move to the Country

Savills have given an interesting insight to the country house market which had been flagging in the run up to the Covid crisis. Labour intensive grounds, Listed buildings and period houses in need of work were definitely out of favour but as many agents and vendors have noticed, the demand for larger country homes with gardens has been boosted.

Savills’ latest quarterly index shows that a substantial £2m country house has added an average of £111,000 to its value during 2020 whereas a flat or small terraced house of similar value – even in central London – has fallen in value.

“The very top end of the country house market, in particular, has had an extraordinary year – perhaps its best since the 1980s, as buyers sought a lifestyle shift and recognised the relative value on offer” says Lucian Cook, Savills head of residential research.

And where are they moving to? Since the housing market re-opened in May, Londoners leaving the capital have travelled further than ever before. The average distance moved by a Londoner buying outside the capital hit 40 miles for the first time in over a decade, up from just 28 miles during the first three months of the year. This means the average person leaving London from May onwards travelled as far as Cambridge to the north, Colchester in Essex to the east, Brighton on the south coast or Didcot in Oxfordshire to the west.  Sevenoaks in Kent recorded the biggest increase in the share of homes bought by Londoners. This year, 62% of homes in the area were bought by a Londoner, 39% higher than in 2019.

“While leaving London has been a rite of passage for many, often families reaching life stage milestones, the effects of lockdown and the desire for space seems to have heightened this drift” explains Aneisha Beveridge, Head of Research at Hamptons.

“The prospect of homeworking more regularly has also meant that London leavers are moving further than ever before. The average London leaver moved 10 miles further than in 2019 as buyers’ favour space over commutability.

“We expect the outmigration trend to continue into the first half of next year too. But usually as prices in the capital begin to flatline, which we forecast to happen in the second half of 2021, more Londoners decide stay put. Even so, given the housing market has been anything but normal since the onset of Covid, we expect to see the total number of homes bought by London leavers next year hit 2016 levels.” 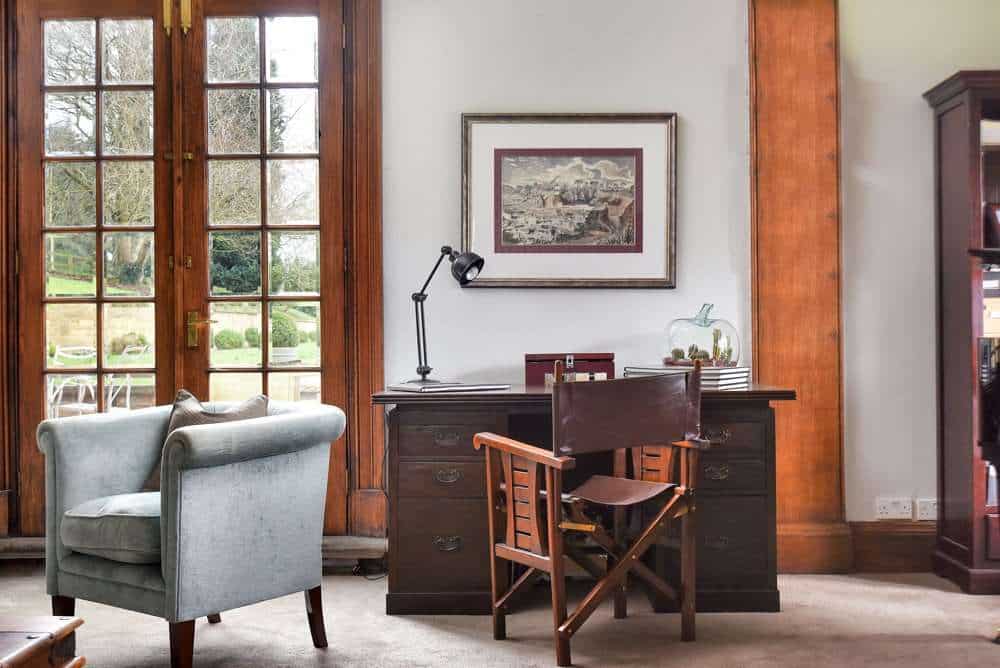 “The unique circumstances of 2020, have led to a surge in market activity at the top end of the housing market” says Lucian Cook, Savills head of residential research.

“This has supported prices and delivered some unexpected gains, but it hasn’t resulted in runaway price growth.”

Using data from property consultancy TwentyCI – Savills reported that the number of sales of £1m-plus property that were agreed in the 11 months to the end of November was 29% higher than in the same period last year, despite a significant fall in activity during the first national lockdown.

Prime London values however have remained subdued and rose by an average of only 1.1% in the year against a 3.6% rise for prime regional houses. The value of property in London’s most expensive locations, where values remain almost 21% below peak, slipped by 0.4% across the year but managed to stabilise in the final quarter.

“Given the practical implications of Covid-19, the prime central London market has relied on demand from domestic buyers and resident non-doms in 2020. In light of that, it has held up well but it simply hasn’t been able to match the performance of the regional markets or indeed the leafier parts of outer prime London” concludes Cook.

Commenting on how the market will fare in 2021, Reallymoving, a price comparison website that runs an index based initially on conveyancing quote forms, says the New Year will show a downturn, with prices dropping 1.2% in January and 2.5% in February.

They have based their view on analysis of purchase price data from 30,000 conveyancing quotes. They say the average property price in England and Wales will peak at £352,239 in December before falling to £343,312 by February 2021.

Looking back over the second half of 2020, they say that the proportion of first time buyers in the market fell by 12% compared to the same period last year. Their reasoning behind this figure is that the post-lockdown boom was driven by equity-rich homeowners higher up the ladder benefitting the most from the stamp duty holiday.

The site’s chief executive, Rob Houghton, says: “The mask is beginning to slip on the two-tier housing market of recent months, which has seen activity from equity-rich homeowners who are less affected by the pandemic, concealing problems at the lower end of the market where first time buyers have benefited little from the stamp duty holiday and faced considerable challenges securing higher loan to value mortgages.

“The kind of growth we’ve seen over the last few months was never sustainable.

“Despite positive vaccine news, which will certainly boost confidence that the end of the pandemic is now in sight, there are significant challenges for the housing market to overcome in the short term, including the end of both the stamp duty holiday and the furlough scheme on March 31, which is likely to result in further downward movement in prices over the first half of next year.”

Zoopla however have been very upbeat following a record 70.5% increase in traffic on Boxing Day suggesting the pre-Christmas boom is set to continue into the New Year and beyond. This year’s Boxing Day bounce compares to a 61% upsurge in traffic recorded on Boxing Day 2019.

Across the whole month of December 2020 – up to the end of the 26th – Zoopla has enjoyed a 33% increase in searches for property compared to December 2019.

“Crucially, the Boxing Day bounce is not a one-off phenomenon; instead, it marks the start of the New Year uptick in traffic” claims Tom Parker, insurer spokesperson for the portal.

“This is set to intensify in January given the now imminent end to the stamp duty holiday, which is set to bring more hungry buyers into the market, keen to find and complete on their dream home before the stamp duty deadline expires at the end of March” he adds. 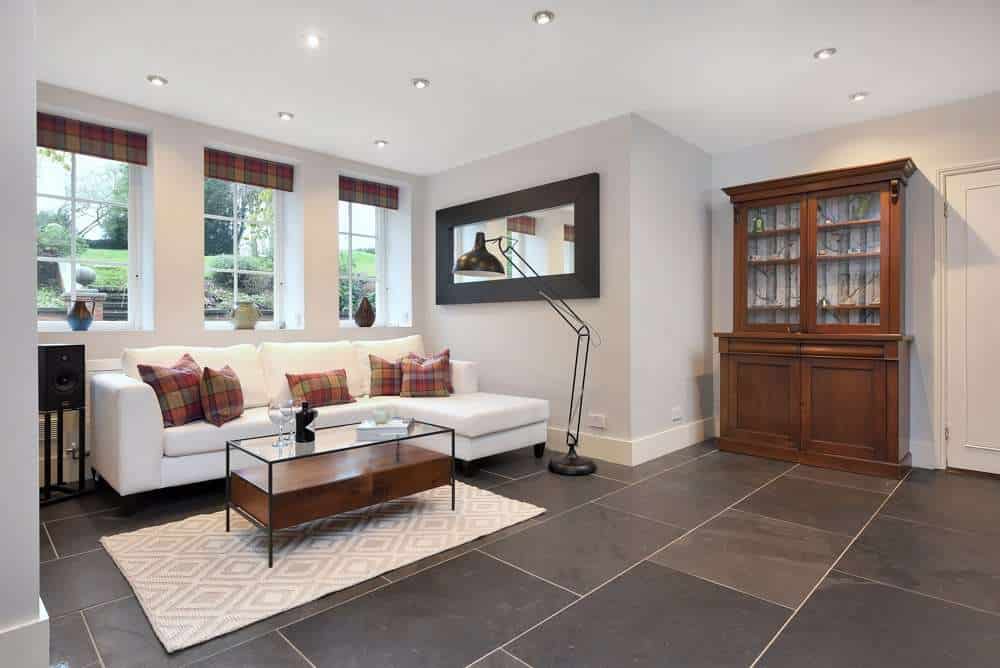 And to round it all up, just a few words on the issue of stamp duty. We’re all waiting to see what will happen with stamp duty as it now seems unlikely that there will be a full blown extension to the holiday. Pressure is building on the government to agree a tapered end to it – a period of grace allowing any property sales which have been agreed and have secured a mortgage approval by March 31 until June 30 to complete their transaction with a stamp duty reduction.

The grace period would exclude new mortgages approved after March 31, and they would not be entitled to a reduction.  Nitesh Patel, strategic economist at Yorkshire Building Society, says: “This is already likely to be a very busy period for lenders and other professionals involved in the house sale process.

“Social distancing measures are likely to still be in place, which will make it more challenging to move at speed.

“As well as helping buyers, we think this is a sensible approach which will ease the pressures likely to build on lenders and the rest of the residential property industry immediately before the deadline. This solution would be help to give everyone involved a better outcome and help more people to have a place to call home.”

His suggestion comes as a new survey suggests nearly one in three buyers will pull the plug on deals if they miss out on the stamp duty holiday.

If you are thinking of selling in the early part of 2021 and would like some advice on how to present your house in the best way, please do get in touch. Take our scorecard to check if you are ready to achieve your best offer quickly. With the market set to be more challenging wherever you are, we are here to help you achieve the best result.